YSRCP MP Candidates List 2019: After the landslide victory in AP, YSRCP has won 22 MP candidates for Lok Sabha whereas TSP won 3 Lok Sabha seats out of total 25. As we all know, The TDP party has finished a distant second place with 23 Assembly and three Lok Sabha seats, while Pawan Kalyan's JSP only bagged one Assembly seat. On this page, we are going to see the list of 22 YSRCP MP candidates list who won in 2019 general elections. Let us have a look into the below table. 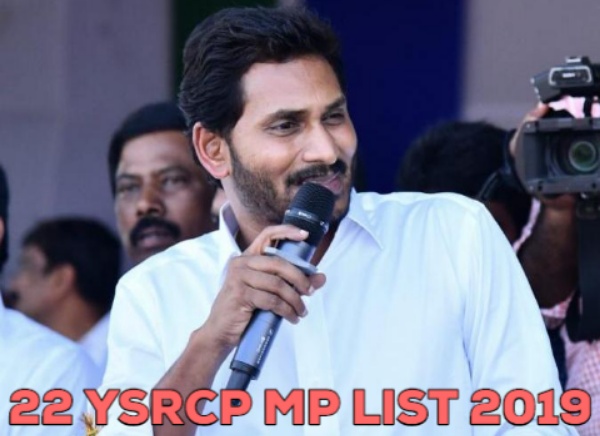 The maximum no.of candidates of the House allotted by the Constitution of India is 552. Currently, the Lok Sabha has 543 seats which is made up by the election of up to 543 elected members and at a maximum. Out of the 543 seats, YSRCP has 22 seats and TDP has 3 seats. We are currently in the The 17th Lok Sabha that was elected in May 2019.

A total of 131 seats (24.03%) are reserved for candidates with Scheduled Castes (84) and Scheduled Tribes (47). The quorum for the House is 10% of the total membership.
Facebook Twitter Telegram