Ambati Rambabu Biodata: Ambati Rambabu is one of the senior YSRCP Leader and MLA Candidate From Sattenapalli, YSR congress party. He is very popular for his public speeches and Media forum and discussions. He is one of the first leaders to join in YSRCP after the death of YS Rajasekhara Reddy. He was into politics from long time, started political career with INC and later joined YSRCP. On this page, you are going to see the Ambati Rambabu Biography, Cast, Age, Wiki & many more details. 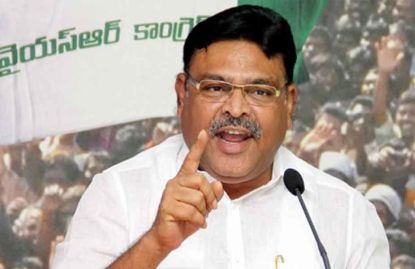 Ambati Rambabu is one of the most active political leader not only in YSRCP but also in Telugu states. He is well known for handling TV debates and talking about political matters of AP. He started his career as an advocate after finishing graduation. Later, due to of his interest in politics, he joined Indian National Congress party and got an MLA ticket. He won 2 times as an MLA till now.

Ambati Rambabu was born in Repalle, Guntur district. Later, he moved to Avanigadda village in Diviseema which is in Krishna district to complete his high school. Again, he come back to Repalle to continue his further studies and LLB. He was married in 1987 and he has three daughters and all of them are doctors.

As a student leader in college, he always dream to become a politician. After 2 years of Lawyer practice, he got an MLA ticket from congress party to contest in elections from Repalle constituency. He won as an MLA for the first time in 1989 and lost three times till 2018. In 2019 general elections, he contested from Sattenappli and won against TDP sitting MLA "Kodela Siva Prasad Rao".

He is from Kapu caste which comes under OC.

He belongs to Krishna Jilla Kapu caste that comes under OC community.