Perni Nani Biography: Perni Venkataramaiah also known for Perni Nani is an Indian politician in the state of Andhra Pradesh. He is the present MLA of the Machilipatnam assembly constituency, representing YSR Congress party in Krishna district. If you are searching for Perni Nani Biography - Family (Wife, Son), Age, Portfolio & more, then you should check this post. On this page, you can find the political career, Background, Business of Perni Nani. 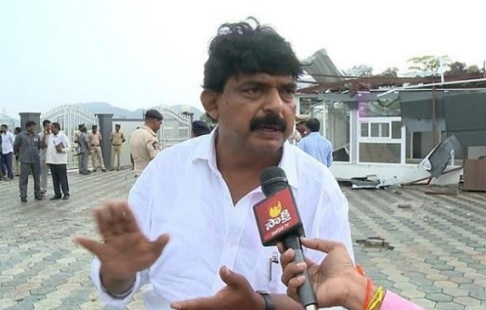 Perni Venkataramaiah is Minister of Transport and I&PR of Government of Andhra Pradesh . He is Member of legislative from Machilipatnam Assembly constituency.

After the win of YSR congress party in 2019 general elections, Perni Nani has given the portfolio of Transport, I and PR ministry in AP govt. He is one of the few notable leaders from Kapu community in Andhra Pradesh. Moreover, he is of the most active politician in AP.
Also, Read: MLA Roja Biodata

Perni Nani comes from a Political family. His father Krishnamurthy was a counselor and Municipal Chairman of Bandar, which is now Machilipatnam. Also, his father elected as an MLA and Minister in Nedurumalli Janardhana Reddy period.

Perni Nani's Wife Jayasudha is a well educated person, she did her PG in Mass Communications. His son Krishnamoorthi is a B.Tech Graduate from Computer Science and Engineering. He is currently working as an IT employee in Hyderabad.

Perni Nani lost to TDP MLA candidate Kollu Ravindra in 2014 general elections by over 15,000 votes. Later in 2019 he defeated Kollu Ravindra of TDP by a margin of 6000 votes.