Roopa Koduvayur Biography (Uma Maheswara Ugra Roopasya): Roopa is a Telugu actress from Vijayawada, Andhra Pradesh. She made her acting debut into Tollywood with latest Telugu film "Uma Maheswara Ugra Roopasya", directed by Venkatesh Maha. She is one of the main lead actress in the movie starring opposite to Satyadev. Before acting in this movie, she acted in two short films named "Fauji" and "NO - Say Yes to No". Roopa Koduvayur is a classical dancer with unique style. Moreover, She received "Natya Mayuri" award from Kala Nilayam for her expertise in dance. Also, She received many awards from the golden hands of Sri Mangalampalli Balamuralikrishna and Anjali. After finishing her medicine in 2018, she made her acting debut with UMUR.

If you are searching the Internet for Roopa Koduvayur Biography and her interests, let us have a look into this table.

After the release of Uma maheswara ugra roopasya movie on Netflix OTT, she received great appreciation from Tollywood celebrities and filmmakers for her performance and role. 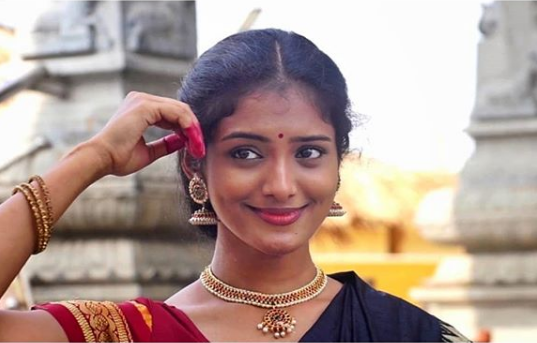