Akhil Sarthak Biography: Akhil Sarthak is an Telugu Television serial actor who is widely known to Telugu people after his grand entry in Bigg Boss Telugu Season 4. He is known for his roles in television appearance in the series of ZEE Telugu serials like "Mutyala Muggu", "Evare Nuvvu Mohini", "Matti Gajulu", etc. Also, he has been a part of many other television series. However, he become popular after the appearance on Bigg Boss Telugu Season 4. 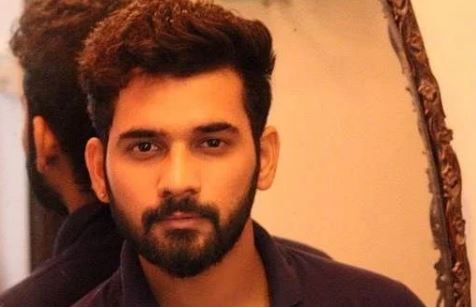 Akhil Sarthak is one of the promising contestants in the current seasons Telugu BiggBoss House. He made his first film debut in 2014 via Tollywood films. Later, he shifted his career to TV Series and he is one of the dedicated actors. He is well known to Telugu TV audience with his most popular serials including “Muthyala Muggu”, “Evare Nuvvu Mohini” and "Kalyani".

He was born on 17th of November 1995 and did his schooling in Hyderabad and completed his Education itself in Hyderabad. He belongs to a Hindu middle class family.  Akhil is a fitness freak and he is a runner up of most desirable on TV in 2018-19.
He entered Bigg Boss Telugu season 4 house to win the title of this season. Akhil Sarthak is unmarried and single. He loves reading books and doing Workouts.

Akshil Sarthak went to acting courses after completing his studies. He is very much attracted towards acting profession though his parents not supported in the initial days. However, his parents are full happy with his Acting career now. He loves listening to music.

Akhil Sarthak is one of the popular Telugu daily serial actor. Besides movies, He is very much popular through TV series like Muthyala Muggu, Evare Nuvvu Mohini, Matti Gajulu and Kalyani.

He is not as famous as a TV artist in Tollywood movies. But, he is a budding artist in Tollywood hoping for more opportunities. However, he played a negative role in movie called "Bava Maradalu". We can expect him as a busy artist in Telugu movies after Bigg Boss Telugu Season 4.

If you would like to vote for Akhil Sarthak in Bigg Boss House, then use the following missed call number. Akhil Sarthak Bigg Boss Vote Missed Call Number: 8886658215
Facebook Twitter Telegram