Sameera Sherief Biography: Sameera Sherief is the latest TV sensation and poplar actress in TV serials. She has acted in many TV serials and got popularity within a short time. She is not only popular in Telugu serials but also in Tamil. After a successful career in TV series, she made her entry in Adirindi comedy show as an anchor. However, she is not able to impress as a Host than acting. 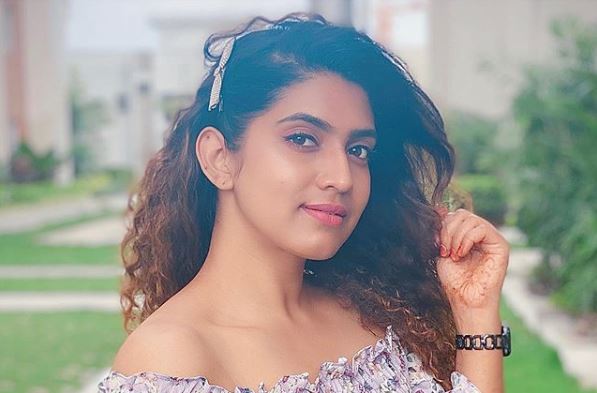 Sameera started her acting career at the age of 15 with the Telugu TV daily Aadapilla (2006). Later she never looked back and continuously did many Telugu series till 2016. In 2016, she appeared in Pagal Nilavu (TV series) as one of the lead actress which got her a lot of fame in Tamil. She is one of the rare TV actor's who is famous in both Telugu and Tamil.

Sameera and Syed Anwar Ahmed fell in love during Tamil TV serial shoots. Syed Anwar Ahmed is a Hyderabad guy and son of popular Telugu actress Shanoor Sana. He is also a Indian Television actor and Film producer in Kollywood.

She is a well known face to Telugu and Tamil people, her serials were aired on ETV, Gemini TV, Vijay TV and Zee Tamil and Zee Telugu channels. Popular TV series like Bharyamani, Pagal Nilavu has brought her popularity in Telugu and Tamil. Sameera Sherief also made her entry as a TV Host but not tasted success. Presently she is busy with Telugu and Tamil Serials.
Read: Roopa Koduvayur Biography
Facebook Twitter Telegram