Vundavalli Sridevi Biodata: Vundavall Sridevi is the YSRCP MLA from Tadikonda (SC) constituency. She elected as an MLA for the first time from Tadikonda Assembly constituency which is in Guntur district. In 2019 general election, she won with 4083 votes against TDP candidate Tenali Saravana Kumar. She is one of the well educated Women MLA from Andhra Pradesh. On this page, you are going to see the YSCP MLA Undavalli Sridevi Biodata, Age, Husband, Family, Religion, Cast & More. 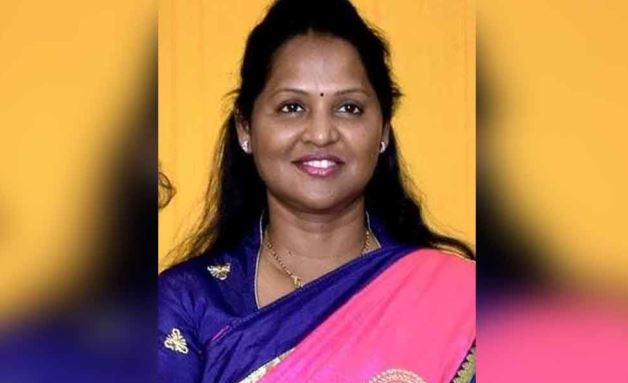 Due to of her fathers interest, she joined in YSR congress party to serve people through politics. She did her MBBS in Bangalore University in 1993 and also Diploma in Gynecology & Obstetrics (DGO) , Shadan Institution of Medical Sciences Hyderabad in 2017. She is one of the few Graduate MLA's in Andhra Pradesh Government.

Vundavalli Sridevi father is also into politics and he wanted her daughter to contest in 2019 general elections from YSR Congress Party. So, based on his father's interest and ideology, she contested in 2019 from Tadikonda constituency and won as an MLA with minimum majority.

Vundavalli Sridevi's Sir Name is Kammela and her Husband Kammela Sreedhar is also a Doctor/ Robotic Urologist/ Microsurgical Andrologist and he is one of the popular doctors in Andhra and Telangana.

Her Father is a politician and Husband is a popular robotic doctor in India. Vundavalli Sridevi daughter Bhavya got State second rank in Telangana state Intermediate results.